Have a JCAS success story of your own? Email your pet’s story and a picture to pawfriends@hotmail.com. 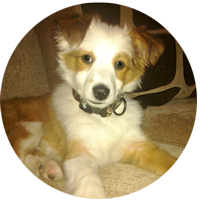 Shelby
We had just lost our beloved dog, C.J., of 16 years and thought we should wait to get another dog to go through the grieving process. It wasn’t long that I received a call about a Sheltie mix down at the JC Shelter. The night before I got the call, I had a dream about C.J. and another dog named Shelby so as I went to the shelter and laid eyes upon this adorable puppy, I knew she was was the one in my dream, she was Shelby. Shelby came into our lives March 2, 2010 and we are blessed to love another dog that brings us many smiles.
Sandy McDonald 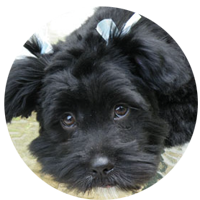 Nala
Nala is a rescue from the JC Animal Shelter in 2009. She was found in a ditch on a cold, snowy night…truly an elderly lady came into the Shelter with her. She had heard her crying in the night and retrieved her from the ditch where she could have froze to death. Nala was only about 3 wks old and the only pup there. She was taken home by a Shelter volunteer who was our neighbor, and bottle fed. We fell in love with her and adopted her as soon as she could eat on her own from our Shelter. She lives with our other rescue dog, Toby. A very happy ending. She is a Sweetheart.
Wayne and Donna Medley 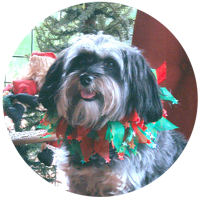 Jazz
Christmas Parade Success!
I was so happy to get a day out of the JC Shelter to walk in the Christmas Parade in 2008. Everyone thought I was so cute and I was hoping for a fur-ever home, so I was on my best behavior too. When my future owner saw me she wanted to walk me in the parade. She fell in love before we walked one block! I got to go home with her that day! I love my new home with my furry dog sister, Chewey and I especially love car rides! Everywhere we go, people want to know where I came from and my owner tells them that I was rescued from the JC Animal Shelter and that there are always cute dogs like me there waiting to go home. All of our friends tell my family that I am living the life of Riley! (I don’t know what that means, but it must be good because I’m loving it!)
Jazz (Julie & Kevin Riley) 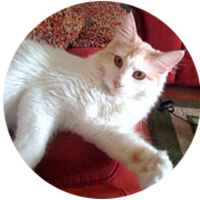 Pringle
I adopted Pringle from the JC Animal Shelter in July of 2009. I had adopted a Kitty a year previous to adopting Pringle and realized that my cat Pickle needed a friend in the house while his Momma was at work! I walked by the cage that Pringle was sitting in and couldn’t resist his 8 week old fur ball of a face. I took him home that day. He talks to me constantly even while his MOMMA is sleeping. He loves to play with his adopted brother Pickle! They are the best of buddies and they love to watch thunderstorms thru the window.
Ashlee Heath 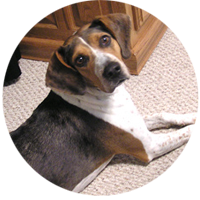 Dempsey
Dempsey was the dog at the shelter that everyone passed by. He constantly jumped in his kennel, barked, seemed uninterested in people and was not a good leash walker. He didn’t have a sad story to tell so that everyone would feel sorry for him as we didn’t know his past. Besides his big brown eyes stealing my heart I felt sorry for him because nobody seemed to want him. But Dempsey is proof that when a shelter/abandoned pet gets settled into a loving home they are a completely different dog. He loves to do all the fun dog stuff like catching a ball, tug-a-war, running alongside the four wheeler, and chasing squirrels and rabbits. At night though, he is ready to snuggle in bed with us. He loves to give hugs and just talk.
We definitely WON THE LOTTERY with DEMPSEY!
Julie Mealy 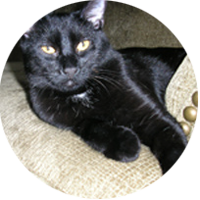 Black Betty
In October of 2008 we lost our dear 17 year old cat, Charlie. Since that time our other cat Coco has frequently wondered throughout our house crying and what would appear be searching for her old friend. In April of this year we finally decided it might be a good idea to get Coco a companion and as a result, we now have Betty, aka “Black Betty” in our life. It did not take long for us to fall in love with her. She has the best personality and is Little Miss Social. She loves spending her day lying in front of our deck window chatting with the birds and running circles around Coco and our very spoiled dog Logan. My husband and I can’t imagine life without Betty …..as for Logan and Coco……I am sure that they feel the same, but they might not be as willing to admit it.
Denny and Mariann Atwell 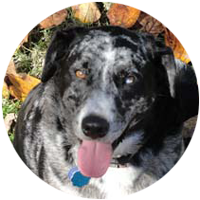 Wrangler
Wrangler was adopted in October, 2009 after we met him at the Whiskers to Wags event at Memorial Park. He is an Australian Shepherd and Blue Heeler Mix. His left eye is half white. He joined our family with a rescued Basset Hound and two teenage boys. He likes to herd the boys when they run and wrestle Maggie the basset. He loves walks and truck rides. He is very loving and protective of his family (although his bark is definitely worse than his bite).
Lori, Nick, Ben & Sam Goeke 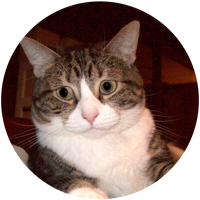 Rosie
Rosie is a cat I adopted from JCAS in 2007. The animal control officers picked up Rosie when she was found underneath a porch, she had a collar completely grown into her neck and had to undergo emergency surgery. Rosie spent over two months at the shelter with us recovering and hanging out while the court case with her previous owner was going on. When Rosie went up for adoption I couldn’t bear to think that anyone would do that to her so she is now living the life of luxury with her 4 other cat buddies and gets just about whatever she wants.
Britni Dewrock 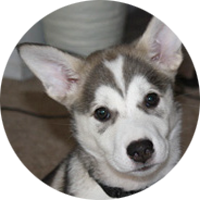 Cheyenne
Cheyenne came to the shelter with 4 brothers & sisters. They were born behind Casey’s on the east side of town. The nice animal control officers picked them up and brought them in when they were just 3 weeks old. They got such great care there and they all got spayed & neutered too. I’ve always wanted a husky so when she was old enough I just had to adopt her! I taught her to sit, shake and give a high 5! She loves to play with our other 2 JC shelter rescue dogs, Harley & Zoey. Her favorite place at night is right at the foot of the bed on top of the fleece blankets!
Ben Fischer 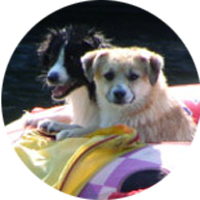 Charlie & Scout
MY RESCUE PUPS
Well it all started when our first dog Samson passed away. He was a 14 year old Dalmatian-Lab mix. We waited about another year until we decided it was time for another dog Our cousin volunteers at JC Animal Shelter and was sending us pictures of dogs that needed a new home. Little did we know there was two of them in our future! One day my mom, my brother and I were looking at the pictures that had been sent to us. Two little Pomeranian mixes. One was brown, the other black and white. They were brothers that were found on the side of a dirt road. That was the first day we saw our future puppies, Charlie and Scout! After a couple of days we went to my cousins to get them. They were so small and fluffy. Now Charlie and Scout are 3 and are doing fine. My mom is always telling us how we have spoiled them rotten. But we love them so much it’s hard not to. We even say how they always look so happy and like they are smiling. That is how our family rescued Charlie and Scout!
Amy, Jeff, Hannah, & Ben Shockley 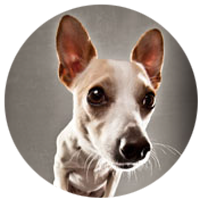 Renn
The story of Renn is short and sweet, (kinda like her!). We had lost our beloved dog Browser at New Years 2009. My heart really wasn’t thinking about another dog, but I’ve always had a soft spot in my heart for small “eccentric” dogs. My husband knowing this, was talking to our friend Jackie about Browser and mentioned that when we were “ready” we’d probably be looking for a small dog. Jackie said she thought they had a chihuahua at the shelter, and the rest is history! We adopted our “baby” on February 4, 2009. Renn is named from the cartoon “Renn and Stimpy” She is a big lovey who lives to play, gets along well with our other fur kids and jumps on the back of our couch and sniffs our guests heads as her way of getting to know them (weird I know, but very cute!) She acts all big and puffy and  bad when she first meets you until she gets to do the aforementioned head sniff and then she’s all play and love. Her nickname (one of them anyway) is Hummingbird-Butterfly, cause when she is happy and excited her head and whole body wiggle independently of each other! If it hadn’t been for the animal shelter we wouldn’t have had the opportunity to have this little doggy ray of light in our life.
Lisa & JJ Smith 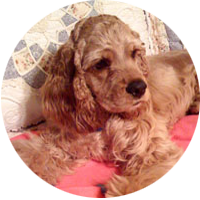 Maggie Mae
Hi, My name is Maggie Mae. I was left on the doorstep of the Jefferson City Animal Shelter with my starving Mommy & 2 sisters & 1 brother. Our human Mommy left a sad note that she couldn’t afford us anymore. We were very hungry & sad. I was only 7 weeks old. Now I have a Forever Home with 2 other rescued big brothers.
Maggie Mae (Barb & Charlie Lansford)